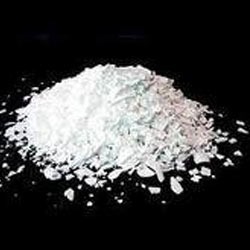 Sodium Persulfate (or Sodium Peroxodisulfate) is a type of a white coloured inorganic compound having the formula Na2S2O8. It is the Sodium salt of the compound persulfate, it is an oxidiser, it is soluble is water however it is highly non-hygroscopic. It is most widely used for initiating polymeric reactions for styrene, acrylonitrile, etc.

Sodium Persulfate is majorly used as a radical initiator for the production of polymers such as Styrene, Acrylonitrile, and Butadiene. It is also used for curing low formaldehyde adhesives.

It used as a component in bleach, detergent, etching mixtures for Zinc and circuit boards, etc. It is also used as a soil condition and for the manufacture of starch.