Borax pentahydrate, also known as Etibor 48 or sodium tetraborate pentahydrate, is the most common form of sodium borate used in various industries. It is a white, odorless crystalline granular or powder product that is mildly alkaline both alone and in solution. Compared to Borax Decahyrdate, which is physio-chemically comparable, Etibor 48 has a higher Boron content per unit mass, a lower ratio of bound water and is less hygroscopic.

Agriculture
Boron is an element which should be in soil needed for growing and developing plants. Borax Pentahydrate is used in agriculture for increasing efficiency and quality of yield.

Antifreeze
It is also used as anti-freeze additive mixture to prevent corrosion in cooling systems of vehicles.

Flame Retardants
Flame retardants prevent inflaming and spreading of flame. Borates are used in different materials as flame retardant. Borates cover materials by melting and prevent burning of material by cutting off contact of oxygen with flame.

Glass Industry
Borax Pentahydrate is added to glass products where thermo-insulation is needed. Because when it is added to molten glass intermediates it increases viscosity, surface hardness and durability.

Insulating Fiberglass
Borax Pentahydrate as boron compound is used in insulation fiberglass. It is applied to the wall and ceiling as using it in building insulation in construction sector.

Soap and Detergent
Borax Pentahydrate and Borax Decahydrate are a natural laundry detergent booster, it could be added to the detergent and make it easier to clean heavily soiled clothes. 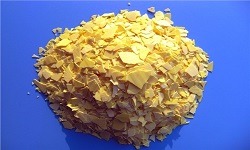